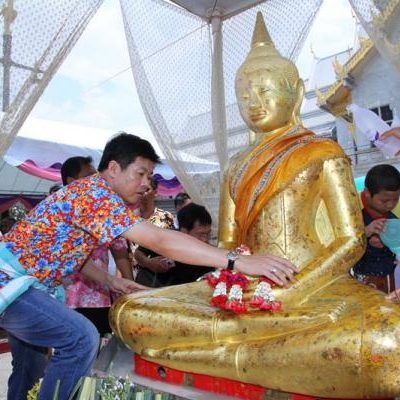 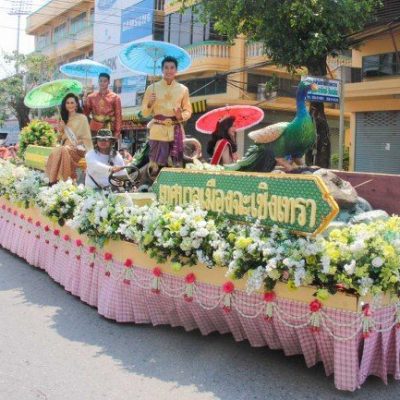 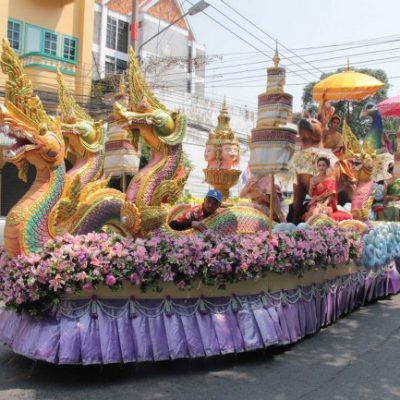 This festival is held at Somdet Phra Sri Nagarindra, The Princess Mother Memorial Park and tetrahedron hall in the Chachoengsao municipal area organized by the Chachoengsao Mayor and the executive committee, as well as 21 community leaders. The model of the Pra Budhha Sothon venerable father from Sothonwararam Worawiharn in the Muang district, Chachoengsao is invited to the auspicious inauguration parade of the “Songsanan Songkran Padriew” Festival, which has been held for more than a decade. The parade of the model image together with the Noppamas Queen parade, Constellation parade and community games parade walk around the old Supsin Market in the municipal area as the official opening parade for the annual Songkran Festival in Chachoengsao, which is held annually between 12-13 April. The Songkran splashing water activity takes place on 12-15 of April in the Chachoengsao municipal area. After the parade, there is an open space for community traditions in the area of the City Hall’s ground, with the competition of Hoop Takraw, musical folk drama, stage performances from many schools, the performance of the “Monrak Muang Padriew” Symphony of Lights, and concerts.In the tetrahedron hall after the parade, the model image is invited to be placed at the top of the hall opposite to the City Hall, so that the Buddhists can sprinkle water on the model image to pay respect all day and night.