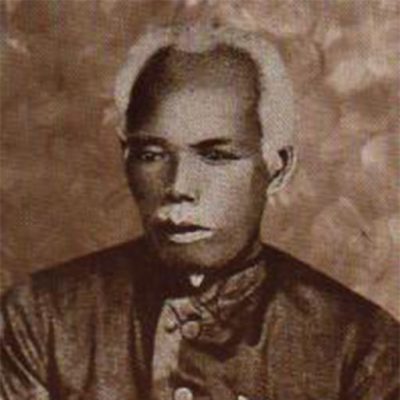 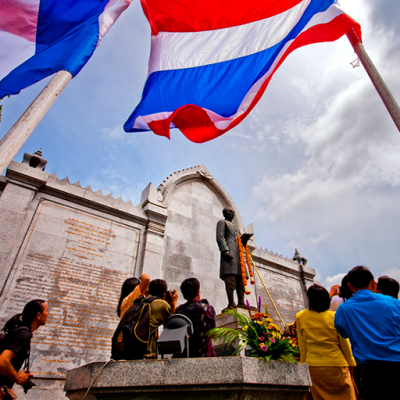 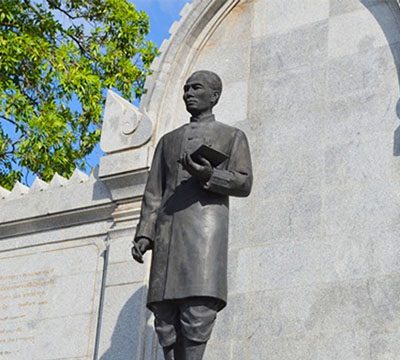 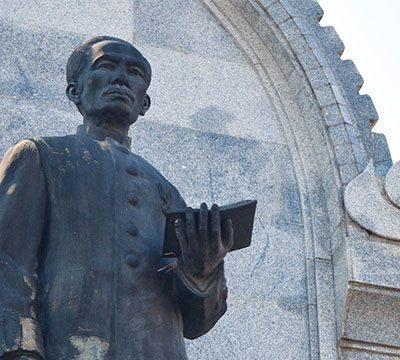 The ceremony is organized annually by the Chachoengsao Provincial Cultural Office in collaboration with the Chachoengsao Provincial Cultural Council and Rajabhat Rajanagarind University. It is held at Praya Si Sunthon Woharn Monument in the Muang Chachoengsao district, and there are many events such as religious ceremonies, the worship ceremony of Praya Si Sunthon Woharn (Noi Arjanrayangkul) where people offer fresh flower bouquets, Thai instrument performances, Thai dance performances, and song recitals of his compositions Praya Si Sunthon Woharn, or Noi Arjanrayangkul, was born in Chachoengsao on the 5thof July 1822. He was praised as a venerable person of Chachoengsao and a philosopher of Thai. He had a glorious biography and composed many works, such as Mulbodbunpakit Wahanitnikorn,diphthongs, consonants arrangement, Synonyms, and The Use of Ka-Run,which are all the original Thai textbooks that have been used in learning and teaching from the past until now. These include books praising the Buddha, the Dhamma and the Sangha, parents, and teachers, which many schools still use nowadays. Another important work he completed was as editor of Ramayana descriptions in the area of the hall’s balcony of Wat Pra Kaew when Rattanakosin Kingdon celebrated its 100 years anniversary. His work impressed the three kings, Rama III, Rama IV, and Rama V, thus, making him a venerable person who deserved to be praised, even though he had passed away long before. However, his works are still prideworthy and good examples for Chachoengsao’s younger generations.Praya Si Sunthon Woharn passed away on 16th December 1891, in the reign of King Rama V, at the age of 69 years old.