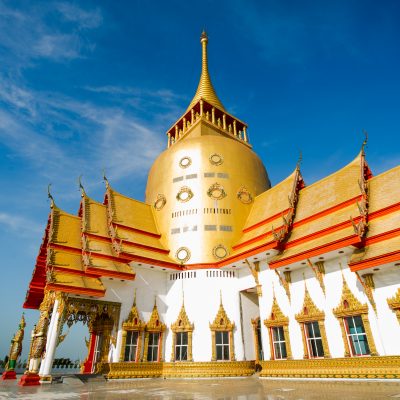 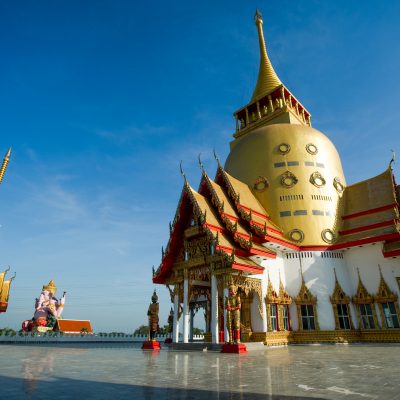 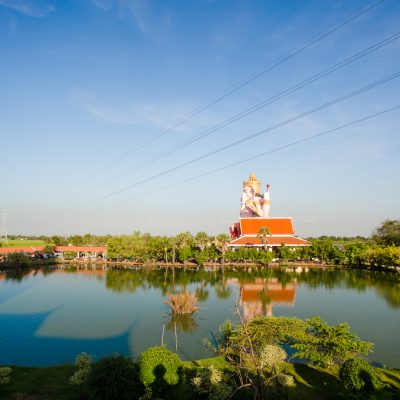 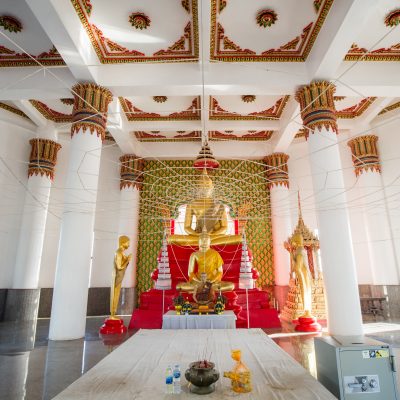 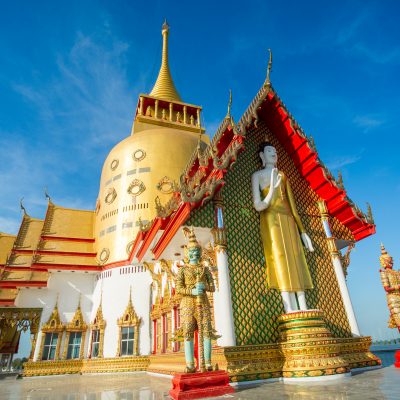 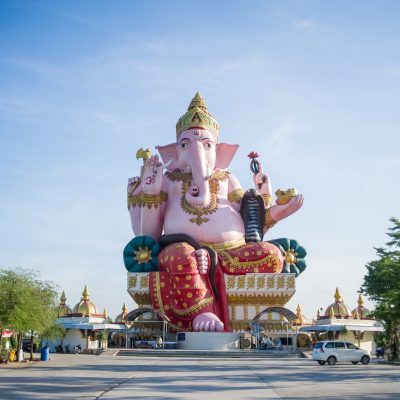 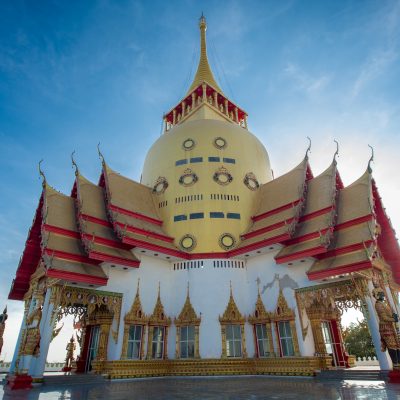 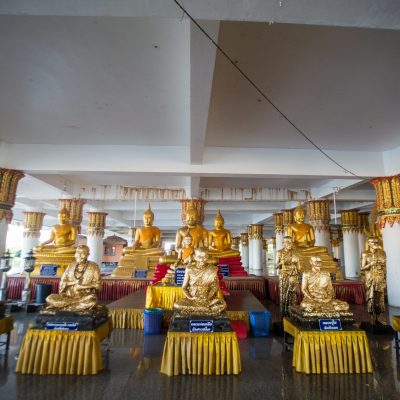 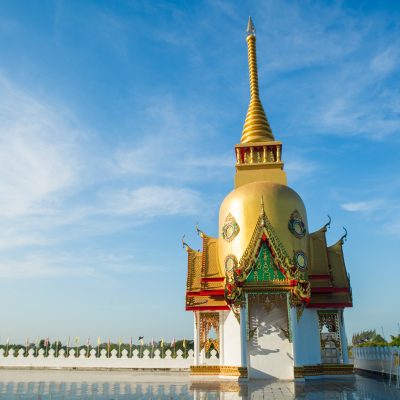 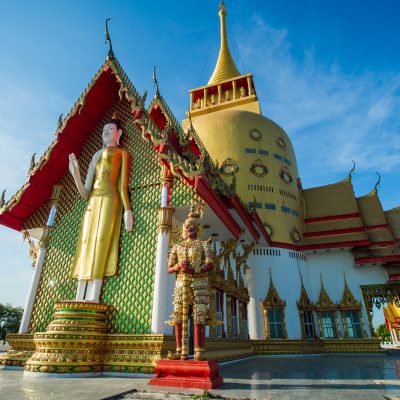 This temple was bestowed by the villagers because they admired the abbot Pra Ajarn Somchai Buddhasero. Land was donated and expanded for a total area of 48 rai and the temple was built later with first construction of the grand golden chapel in 1995. It is located in Bang Nam Priao District, Chachoengsao Province and a beautiful temple is entrusted by the people. Distinguished aspect of the temple is the grand golden pagoda chapel as a landmark of Padrew. Inside it is enshrined the relics bestowed from India. The Ganesh Park of Wat Phrong Akat is enshrined a huge beautiful Blessing Lord Ganesh, which is clearly visible from the street outside the temple. All 196 columns were used and the temple has also kept relics from India. In addition, Wat Phrong Akat also has many interesting features like imitated images of Luang Por Sothon, of Luang Por Wat Ban Laem, of Luang Pho Toh, of Luang Por Wat Rai King, and of Luang Por Wat Khao Ta Krao. Upon arrival, visitors feel good about the weather at the temple every time because of clear wind. Waterfront pavilion is used for relaxation. This is one temple that offers calm and good weather.

The grand pagoda chapel has a distinctive characteristic unlike any other temples. Its concept was taken from the Taj Mahal, India. It resembles 3 pagodas. The center is a grand stupa whereas the other two are subordinate stupas. This is used as a concept for the grand pagoda chapel construction. The upside down bell pagoda is located on a huge high ground. The lower level is basement with free space used as a pavilion for sermon, prayer, and worship the Buddha statue. The top level is a huge courtyard served as a support for the grand stupa in the center, which is used as the chapel and sanctuary. Both sides are smaller subordinate stupas.